Good News & Bad News
Whenever people ask us which do we want to hear first, always go for the bad news first cos then we can have a "worst case scenario", e.g. bad news: your granduncle passed away last night of a sudden heart attack... good news: the autopsy revealed that he actually had 3rd stage terminal cancer in his lungs and liver, would have had to suffer and die anyway .... you get the drift.
The Bad News:
Again, the subprime thing has been magnified and compounded by the leverage by hedge funds. The domino effect has been due to the same thing. Even markets which have little correlation the subprime got hammered. The way the yen has appreciated over the last few trading days confirms the huge unwinding of yen carry trades, which can explain the bulk of sharp selling across Asian markets.
The Malaysian bourse has been one of the top performers for the past 6-18 months and is a favourite among foreign funds and hedge funds. The subprime mess caused a fear of redemptions in hedge funds, causing a lot of unwinding of yen carry trades (the yen actually appreciated from 122 to 114 over the last 10 trading days). The liquidity being sucked out of yen carry trade caused a selloff in Asian markets (except China because it was not a beneficiary of the yen carry trade). However the subsequent recovery was more pronounced in the bigger Asian markets such as HK, Korea, Taiwan and Singapore ... and less so for Malaysia.
That means I see the KLCI lagging most of the other Asian bourses in recovery for at least the next couple of weeks. The reason being the KLCI was too popular, and too dependent on foreign funds and hedge funds. I suspect the bulk of the recovery now in Asian markets is due to local funds and retail funds. Unfortunately, Malaysia's local funds and retail are still under invested in the markets. The local funds and retail side are more vibrant in Singapore, Korea, Taiwan and HK. Hence the KLCI will lag for a while as foreign funds will not jump back so soon after liquidating.
The Good News:
This is an excellent time for the "under invested local funds" to re-enter the markets and I suspect they are already nibbling. Local funds are never known to push up prices when buying. The extended lagging period will give all investors a better opportunity to pick and choose stocks for the resumption of the bull run, no need to chase stock prices.
The severe unwinding of a lot of yen carry trade will offer a stronger footing for the upcoming resumption of the bull run. In one fell swoop, the markets have tried to:
a) totally discount the worst case scenario from the subprime mess
b) caused a major unwinding of the potentially fatalistic yen carry trade, thus removing a huge rain cloud hovering above all markets
c) hasten the dropping of interest rates by the Fed and thus also hastening the emergence of a period of global easing of interest rates
d) continued selling of the USD which is necessary to sustain the US economy, and liberate the emerging economies to move to the next level: thus prolonging the economic engine for all
So, to me, the Good News seriously outweighs the Bad News!
- August 21, 2007

im glad u r being optimistic but somehow i need more sugar to cream my leverage sour lips. when the tech bubble burst during the millenium, they said its nothing. besides, tech is nothing more than only a fraction of the US equity-market capitalization. but lightinng rod came down and zap all indices and ensuing it for a 2.5years slowdown.

likewise, today's optimists are preaching the same gospel: why worry, subprime is only a fraction of the total mortgage.

and now the world is populated with ten of trillions and zillions of dollars of credit derivatives that almost no one understands and that absolutely no one can appraise.its always mark to market but whose market and who is marking....

this is the new dangerous religion that we have created.

Sifu Dali,
What do you think of the coming budget on 8th of Sept? Will it lean heavily on the idr project?

As they said, "common sense is not so common after all"

subprime to me is simply manageable but magnified by the hedgies ... even if u concede that its a US$100bn writeoff, now thats very big... but if u spread it out among 1,000 institutions, its not that bad ... i don't think any one company have an inordinate amount of CDOs in their books... the prob now is that there is NO market to sell the CDOs even if u want to cut lost... as an indication that the subprime mess has overshot, Warren Buffett was reported in WSJ that he might bid for Countrywide now at this px as he sees a lot of value.

Nah... subprime is not the real problem. It's just one of the symptom of too much easy credit(evil bankers).

Bankers are not supposed to adopt the MLM's business model.

Now we just have a pyramid of worthless paper made of loans/leverage/whatsaynot waiting to fall apart.

Pls correct me if I am wrong, but I would have thought that tranching and the underlying pool asset are two completely diff thing.

And usually when the MBS is packaged, there is only said 1 or 2% of the underlying asset pool is subprime; but bcos of this subprime thingee, the whole issuance would be considered a bad apple (diff from the tranching, i.e. the equity tranche / AAA / AA- tranche)

That's why although the subprime mortgage only accounts for 10% of total mortgage issued, it is most likely to affect most, if not all of the MBS instruments issued;

So even without taking the deleveraging / forced sell and other contagion of the hedge fund, the impact of subprime is easily magnified 100x with all these alphabet soups (MBS/ CDO etc) compared to its rather insignificant effect in real economy.


Guess this is the beauty (or ugly) of the financial alchemy. 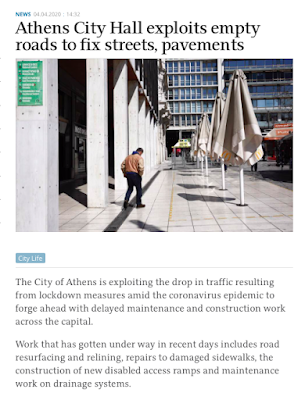