Malaysian Stocks About To Shift From Dormant To Overdrive

Look at the broader markets for local stocks, we have been in the doldrums for more than 6 months. Although the indexed stocks have picked up over the last couple of weeks, the broader market still has not found its legs yet. However indications are strong for a good run for second and lower liners for the next 3-4 months going into CNY 2022.

There are concerns over supply chain bottlenecks and logistics "route/delivery" congestion. To me, it will take time to work itself out as different countries are opening up more liberally in recent weeks. These bottlenecks should not be viewed negatively, it shows the pent up demand is there, that the demand recovery is more sustained than it appears to be.

IT IS NOT THE FLIP SIDE, we are not at a situation where inventory is building up over weak demand.

Bottlenecks are viewed negatively by some as a rush for product delivery completion, and once satisfied, will die down. Well, looking at broader data, the recovery is from pent up demand, and also amore sustained recovery from businesses reopening. The massive liquidity taps turned on by most countries are now circulating with greater velocity.

The recent inflation data from the US supports that. Real inflation will creep in as more sustained demand is seen. If demand is a quick one off, you won't see much price pressure. 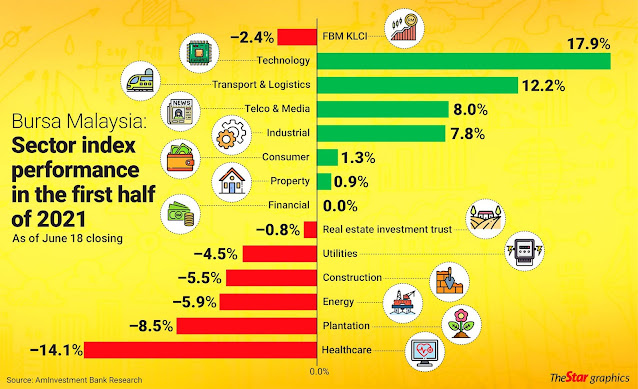 Look at where palm oil prices are. Look at the margins for gas, and the flow on rally into oil as some are switching to alternatives. The world’s most crucial metals continued on a breakneck surge as energy shortages forced more production cuts and piled pressure on manufacturers, fueling concerns about inflation.

Producers of metals from zinc to aluminum and steel are restricting output due to power restrictions or rising energy costs that are outpacing surging metal prices. The latest victim was one of the top zinc producers Glencore Plc, with production at its three European plants being cut because of surging power prices.  https://www.bloomberg.com/news/articles/2021-10-15/metals-waver-near-record-as-supply-cuts-fuel-inflation-concerns

Copper inventories available on the London Metal Exchange hit the lowest since 1974, in a dramatic escalation of a squeeze on global supplies that sent spreads spiking and helped drive prices back above $10,000 a ton. Copper tracked by LME warehouses that’s not already earmarked for withdrawal has plunged 89% this month after a surge in orders for metal from warehouses in Europe. Stockpiles have also been falling fast on rival bourses and in private storage, and LME spreads have entered historic levels of backwardation, with near-term contracts trading at record premiums. The slumping global stockpiles and resilient demand for copper stand in stark contrast to mounting worries over the macroeconomic outlook, and the risk that stagflation and power shortages could derail the world’s strong growth trajectory. The last time that type of dynamic developed was during a historic squeeze in 2006, when a buying spree early on in China’s industrial boom drained LME on-warrant inventories to a near-record low. LME inventories are now at even lower levels than was the case then, while Chinese inventories also dropped Friday. Shanghai Futures Exchange stockpiles declining to 41,668 tons, the lowest level since 2009.  https://www.bloomberg.com/news/articles/2021-10-15/copper-spread-spikes-to-record-in-latest-sign-of-tight-supply

Of course there is angst over inflation, as you should. We also know that there is a fear that the recovery might just be a surge and nothing more, hence governments will be wary of that by not being too aggressive in turning off the taps just yet. These considerations will be debated, or else business media will have nothing to write about. But to have these considerations will help to "prolong and sustain" good market conditions going forward.

Catalyst - Every move up requires catalysts. The ground is fertile as exemplified by the above factors and developments. The catalyst - Malaysian equities is on track for a broader rally as the recent opening up has shown strong promise to get the ball rolling again. 8 months of tepid markets is a lull long enough. The record number of new retail accounts over the past 18 months will be ready to move in a big way, once the "activity" restarts. 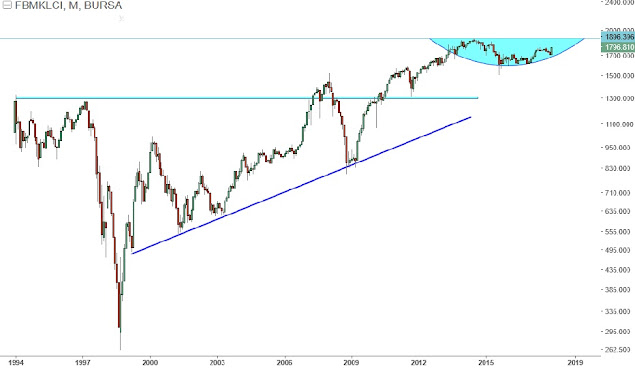 The above chart shows the confirmed signs of an early stage massive bull for the market back in 2019. This mega trend will not be broken as long as the index stays mostly above 1500. From the chart, it will not stop till it tries for 1900 level. Likely to be from 2019-2024. It will spike and ebb but the longer term trend will be there.

When we talk of Japanese restaurant, we have to categorise them properly. What I am referring to is the usual sushi/sashimi outlet. KL has...