The last few days have seen the local bourse getting the shivers. At first glance no one could see what was troubling. Basically it was due to two factors, one was unnecessary, the other plausible.

1) Parliament conducted the second reading of the Windfall Profit Levy (Amendment) Bill 2020 in the Parliament Order Paper published on Tuesday. And that has frightened the corporate world and investing fraternity.The bill’s first reading was conducted in December 2020. We had something similar for palm oil in the past. You may argue that we should have one for glove makers. The jitters go so real that even highly profitable companies got dragged down: such as Press Metal and electronic segment.

Generally, I wouldn't advocate a windfall tax as most businesses go through cycles. Periods of tilted supply/demand will eventually correct itself. Under supply will attract new entrants. Any windfall tax will be short sighted.

A windfall tax hampers sentiment and the negative sentiment will result in deflated liquidity and valuation for the whole market - the "gains" from the windfall tax WILL ALWAYS be dwarfed by the losses (and indirect losses) from lower liquidity and stagnant valuation. Depressed market conditions will have a cascading effect on corporate exercises and investment.

Let the market decide, a stock market is where parameters have been set to allow for proper valuations. Too heavy handed interference will be viewed as highly negative.

Zafrul has said it will send the wrong signal to the markets.

2) The very high death rates over last few days: This has to be answered properly by the right people responsible. Glitches in data collection or reporting? We are still NOT addressing vaccination for undocumented and/or illegals in the country properly. I mean, we are talking about at least 2m-4m people.

While we are on that, why suddenly stop the private clinics from giving out vaccination. Unjustified and unreasonable.

Higher unseating death rates may question the moves to reopen the economic sectors swiftly. Already the "logjams in the supply chain" caused by Malaysia is making big waves globally. I am certain there's a lot of pressure from other jurisdictions on Malaysia to open faster. Be real, let us know the real numbers.

While getting the country vaccination rates towards 80%. We should start implementing booster shots immediately.

Conclusion, the scares are overdone. There's better stability in the "government" now. Vaccination rates are better than most... we just need to address some "issues" cited above. Valuation wise, we are lagging our neighbours.

can you write about your view about china's recent reform action and its outlook on china equities. Thank you

On the outset, let me state that I think Squid Game is the best series I have watched since Breaking Bad. So, that's saying something,... 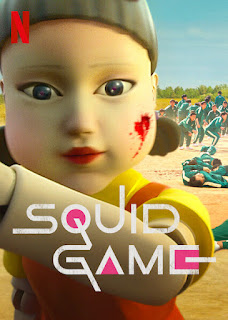