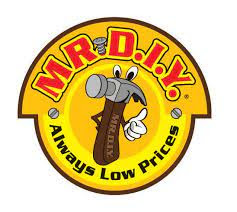 Last year in 2020, I SMS to about 40 of my close contacts as the market was buzzed with the upcoming IPO of Mr DIY. I was a frequent visitor to their stores and a back of the envelop calculations showed that a large part of the market had assessed the stock wrongly. The text was sent out a couple of weeks (I think September 20, 2020) before listing of Mr DIY:

As you can see the way I speak privately lends me few admirers. But finance fuckers talked like that all the time, even when referring to buddies.

That was a brave SMS as almost everyone was rubbishing Mr DIY as a mom n pop shop. Even the IPO was supposedly nearly under subscribed, apparently.

So, after two years, most research houses finally caught up to my RM1.1bn pretax profit.

Unfortunately I did not post this on my blog then cause I was feeling very lazy to update my blog. If you remember, I only promise to rejuvenate my blog with more frequent postings only a few months back.

We are positive on MR D.I.Y. for its: (i) robust growth potential, driven by both higher market demand for its products and stores expansion, (ii) strong GP margins (above 40%) with the absence of near-and long-term margin volatility thanks to its supply source, China’s

My present view: At RM3.30-3.60, its about right, with a larger likelihood to reach RM3.00 than RM3.80 over the next 12 months. Why? Because, the goalposts I have set out (which I think he has as well) have largely been hit. Including inclusion into certain indices.

Watch for the cash pile of over RM300m. I think BV will do a special dividend before exiting a large chunk at the same time. Mark my words.

Do I see no more gains? While the current retail space landscape actually favours Mr DIY (in that they can take the opportunity to close under performing outlets and secure nice spaces in good locations with the dire mall space rental situation), I think the newer outlets now will be diminishing returns on the book. The correlation of mall prestige and traffic, Mr DIY are in the top tier already. Their growth will be in smaller malls with lower spending power. Overall the sunk cost for a new outlet will not be very much less for a nice mall and a secondary mall, except for the rental. But the reduction in foot traffic and spending power do not and would not generally make up for the difference.

Relative to its demanding PER, its not feasible. The current forward PER can ONLY BE JUSTIFIED if it has some regional expansion certainty and deliverables. The Malaysian market is 30m population full stop.

While Mr DIY has been closing poorly performing outlets, they are not doing it fast enough. Has anyone visited the Paramout Garden outlet. Its a shameful reflection of how they handle poorly performing outlets. Sure, the glitzy mall outlets get top treatment but not th under performers. This tells me they are not cutting swift enough, and they have a huge lacking in "decent knowledgeable staff" to deploy.

IF I can just switch the top management of Daiso Malaysia with Mr DIY, then Mr DIY can go to RM5.00 in a couple of years. Nuff said.

Composition 1) What does it consist of? The main ingredients being Tongkat Ali, Cordyceps, Pomegranate and Zinc. 2) Why these ingredients? F...